So it’s been about 5 days since McCain’s announcement of Sarah Palin as his VP candidate, and the majority of pundits, bloggers, and even myself still aren’t quite sure what to think about it. This could be due to the fact that she is holed up in a bunker avoiding answering questions about her positions and beliefs, but that’s OK, there is plenty of red meat to drive speculation.

As a junkie of both politics and hockey, I couldn’t have been happier coming across this post at the wonderful Five Thirty Eight blog that really ties everything together about the current state of the election by using a brilliant hockey analogy:

In the hockey analogy, Palin wouldn’t get within a thousand miles of an NHL All-Star Game because she’s not a scoring talent. She’s a role player, an emotion-rouser. Emotion messes with the chalkboard-drawn game plan and thus achieves a specific strategic objective. She can make game-changing agitation plays that rouse her home team and provoke the other side into counterattacks that – 100% of the time – end up punishing the team who hits back. Democrats would be smart to understand her as such, and I see a lot of reaction that doesn’t seem to grasp what Palin is doing and the value she’s providing. I see a lot of Democrats taking a lot of bait.

So what mold of hockey agitator does she fit into? Is she Esa Tikkanen, the Oiler’s agitator who trash-talked in three languages and opened up the ice for Gretzky and Kurri to dominate the opponent? Or is she Sean Avery, the annoying, victim-card playing, whiny little bitch who does nothing but piss off the opponent and bring glee to the home team? Will she drop the gloves and back up her trash talk with her fists, or will she simply wave her stick in the goalie’s face in a annoying fit of desperation? (Remember, though, that the Rangers scored after Avery got on Brodeur’s nerves – mission accomplished). Will the fracas stay between the enforcers, or will we see a bench clearing brawl? Only time will tell, but so far she’s acting like a Sean Avery — starting some shit, then turtling and hiding behind her teammates when it comes time to pay the piper.

What role does McCain play in this analogy? 538 says:

In the end a great hockey agitator who rouses both sides emotionally (and successfully gets the other team to lose focus) still needs the home team scoring talent to come through. Successful agitator Kris Draper of the Detroit Red Wings had the clutch Steve Yzerman for a lot of years. That worked. Detroit won Cups. They had parades.

So is McCain the Yzerman to Palin’s Draper? I doubt it. To me, McCain seems like the past-his-prime 45-year-old veteran hanging on to his legacy while attempting one last time to raise the Cup before retiring. Think Chris Chelios without the Cups. Or maybe he is Ray Bourque, traded to the other team in order to give him a chance at the Cup before retirement. I only hope that the Bourque analogy doesn’t play out,

There is plenty more political hockey goodness in the post at 538.com, so make sure to read it if you are a fan of either hockey, politics, or both.

Sean Avery to the Rangers…

See you later Sean. We hardly knew you!

btw, I’m working on an Oliver Stone-style film based on the assassination attempt on Avery’s life that was perpetrated by snipers under the the direction of Jaromir Jagr. It was a horrible day that will live in infamy!

Below you will see the result of this horrific crime: 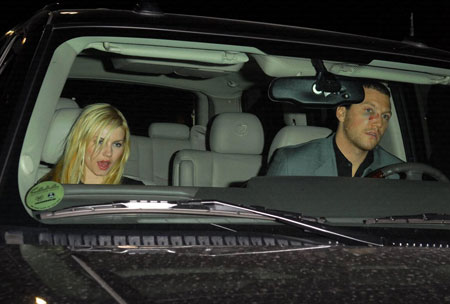